by Rishi Raj
in Blog
1

Alex Proud says that adults, like children, only really learn from watching what you do, not listening to what you say. So he admits that he learned his own brand of management from watching a lot of shouty TV comedy bosses. “ I thought you became a decent boss by buying a few lairy suits and shouting a lot” says Alex Proud, but what he quickly realised is that the reward for that kind of leadership style is a whole bunch of comedy dysfunctional relationships in work, that in real life, aren’t that funny. “Managing people is more like parenting, by which I mean it takes time, patience and a lot of dedicated input, if you want to have high functioning, socialized and conscientious staff (or teenagers).

Becoming a boss is a bit of a male rite of passage, says Alex Proud. “As a man, you probably assume it will happen immediately, but you seem to spend years and years slogging it out as a bottom feeder, before one day in your early or mid-ish 30s you get a middling promotion and suddenly your colleagues are your direct reports. It’s a crash course in relationship skills. You need to gain respect and a degree of deference from previous drinking buddies and if you want them to listen to you, you need to separate business from pleasure and quit bitching about your own workload. You also learn that walking around saying “Who’s the boss?!” will get tired.

The reality is, says Alex Proud, nothing will prepare you for being a boss. Just like becoming a dad, you have to learn on the job.

“No matter how many management books you read or friends you ask, you will only learn from experience and until you gain that, your first year or two you will be constantly scared, aware that you have no idea what you’re doing, and you don’t understand how to improve and find that you often shout because you’re so frustrated at how out of your depth you are.” admits Alex Proud

Alex Proud says that he’s been learning on the job for two decades since he first opened Proud Galleries and is still learning, so he’s happy to share some of the most important lessons. 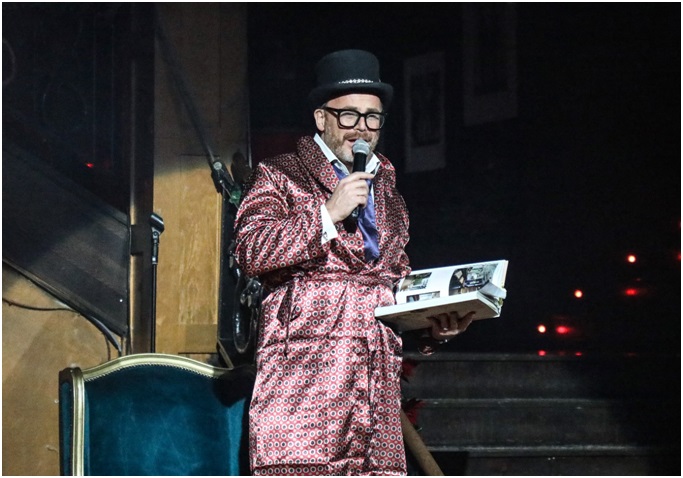 Hire People Better Than You

The biggest lesson for Alex Proud was that as a boss you are nearly always the least skilled and talented person in the room. Your company will be saved daily by the exceptional people you employ and as their manager your real job is to motivate, guide, care for, and inspire them because, without them, you don’t have a company. The next lesson is that you’ll only get them to work hard for you if you are decent and fair, treat them with respect, and give them the autonomy to take ownership of their role.

Alex Proud admits that it took him a long time to take this on board. “As my employees will tell you, I’ve tried management by shouting a lot, and ruling through fear and it doesn’t work. It’s exhausting, counterproductive and unstable. Whilst I’m far from perfect, and can’t promise to shout ever again, I have definitely learned that trusting people, empowering them, and treating them as I’d want to be treated myself really does pay off. Business is all about people.”

The second biggest lesson Alex Proud learned is that you should value and reward loyalty. “Finding new people is difficult and expensive, and finding good people is rare. It turns out people are not replaceable or dispensable. Keeping them often means caring about them not only in the office but outside it. That’s why I’ve lent members of staff deposits, helped them get legal advice or guaranteed their mortgages. Loyalty and love will repay any cost tenfold. Being half-decent to your employees is just good financial practice.” says Alex Proud.

Alex Proud also says that he isn’t too ‘proud’ to get stuck into the dirty work. “I’ve learned that if you want people to break their back for you then you need to get in the trenches with them. I have often worked a 100-hour week; I’ve served drinks and cleaned toilets and handed out flyers in the freezing rain. You can’t ask people to do jobs that you wouldn’t do yourself. That doesn’t necessarily mean it’s the best use of your time to always jump in, if you hire the right team you shouldn’t often need to, but being willing to roll your sleeves up and get stuck in with your team when they need you really matters.”

Alex Proud cautions that you need to understand that a good person will leave. Really great people will leave faster because they’ll take what they’ve learned from you and go on to a bigger, better-paid, cooler International job. If you’re smart you’ll stay in touch and they might even become friends.

Read More: The Best Chairs for kids in India

But even when staff are leaving or misbehaving or taking up more of your time than your own children, Alex Proud says he still thinks being a boss is genuinely a good thing.  “It really is rewarding. It’s taken 20 years, but I can honestly say that I’ve built something with Proud Cabaret. I’ve had amazing people in my company, and I’ve learned as much from them as they have from me.” says Alex Proud

Alex Proud admits that he still gets it wrong. A lot. “I probably need to apologize to everyone who’s put up with me and worked for me in the past and present. I’ll continue to learn how to be a model boss until the day I retire, and I’m grateful to everyone who has helped me on that journey.”

The Best Chairs for kids in India